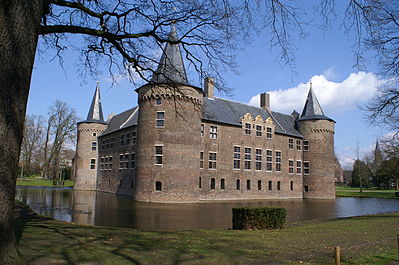 Construction on the current castle started around 1325. This was to replace an older castle (known as ’t Oude Huys), which was located a few hundred metres west of the current castle, and where excavations in 1981 brought to light the foundations of a stone keep and other items.

In the 12th century, the area around Helmond was part of the property of the Van Hornes. The current castle was initially owned by the Van Berlaer family. In 1433, this family was followed by the Van Cortenbach family. In 1683, a marriage brought the castle into the property of the Arberg family. The mint master Carel Frederik Wesselman bought the manor with Helmond Castle in 1781.

In 1549, there was a blazing fire in the castle, which damaged mainly the west wing and the roofs of the building. It was definitely not a complete destruction. Evidence of this was found in later renovations in the 20th century.

The glass was cleaned and restored under W3 Product’s management.

W3 Product renewed the wiring and installed the E-candle Royal in the chandelier.