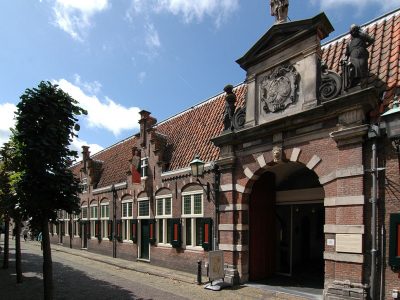 The Frans Hals Museum (Frans Halsmuseum, formerly Stedelijk Museum van Haarlem) is a museum in Haarlem founded in 1862 which is known as the museum about the Dutch Golden Age. The collection is based on the city’s extensive collection which it has built on since the 16th century. The museum has hundreds of paintings, including over a dozen paintings by Frans Hals, after whom the museum was named. The modern collection is on display in the museum’s other location, Museum De Hallen.

The Frans Hals Museum in Haarlem has a wealth of masterpieces from the Dutch Golden Age, including the largest collection of paintings by Haarlem master Frans Hals.
During the major renovations in 2010, the demolition caused serious damage to the exhibition rooms. Ceilings, walls and wainscoting were fully renovated. That was an excellent opportunity to also replace the lights with LED lights.
W3 Product installed E-candle LEDs in all the chandeliers